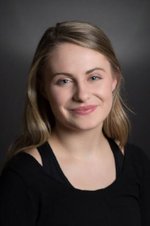 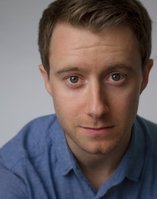 Grant Leat is an actor/comedian and former graduate of the Royal Central School of Speech and Drama. Since graduating, he has worked the independent stand-up comedy circuit, shot several short films and worked on a handful of new plays.

Bianca is a graduate of Bird College, Conservatoire for dance and musical theatre where she gained a BA(Hons) in Professional Dance and Musical Theatre. Since graduating she has performed in Disney’s The Lion King and the original West End Cast of Disney’s Aladdin, where she became Assistant Dance Captain. While performing she also pursued her second passion of Project Management and Administration. She has worked as Competition Manager for MOVE IT

Mariana is a classically trained soprano and musician with a love for musical theatre and an extensive performing experience. She earned her MMus in Castelo Branco, Portugal and she holds a BMus from the Lisbon Nova University. Currently, Mariana teaches at two music services in London, co-writing the instrumental syllabi at one of them. She is also a member of the London Philharmonic Choir.

Rayne Leat is a recent graduate of The Urdang Academy where she studied Dance and Musical Theatre. Previous to this she appeared in several pantomimes and has performed in various venues including the 02 arena, The Royal Albert Hall and Sadler’s Wells Theatre.

Ella is trained by the Italia Conti Academy where she is now embarking on BA Hons course in Professional Dance and Musical Theatre. As an experienced dancer, she has previously taught in various Dance and Performing Arts Schools to children of all ages. Ella has recently returned from working in Italy.

Tony began his training at the Hammond School of Performing Arts in Chester before going on the earn a Masters Degree in Screen Acting at Drama Centre which is part of the university of the arts, London. As an Actor, Tony works mostly in TV & Film with credits ranging from feature films such as Belle & Silent Night to Television appearances in numerous commercials and Coronation Street.

Samanta is a performer who started studying Piano and Singing from an early age at the Portuguese National Music Conservatoire. Later, she progressed to Acting and Musical Theatre as well, at the Theatre Academy of Finland, Lisbon Theatre and Film School

and the American Musical Theatre Academy of London. She is an established performer in numerous musicals, concerts and plays.